The week began with a couple debuts, and it ends with one - a lovely, challenging, triple-stack Saturday. Welcome to the fold, Mr. Enfinger, I am already a fan. 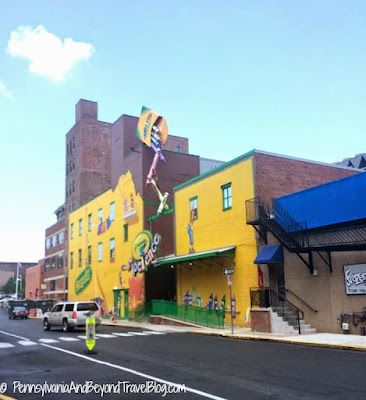 Way back when, when I first started doing puzzles, long, grid-spanning stacks struck fear in me. All that empty white space! Then, once I had solved a bunch, they struck fear for another reason - all those short crosses! But this time, the stack is run through with fives, sixes, nines, and elevens! And almost all of them are sparkly! I don't take a FILETMIGNON, but you've gotta love that as fill, complete with French clue "Literally, 'dainty slice'" (well, I would have said "cute slice"). "Simple kind of question" (TRUEFALSE) is strong, too. I kept wanting to stretch out yessornoo. LEADBALLOON (It's not going to fly) is a heavy hitter, and SLIDINGDOOR (Future-altering decision point, metaphorically) slides into the stack nicely.

Once again, my upbringing stood me in good stead for OPERETTAS ("Iolanthe" and "Candide," for two) (I dropped that right in), but even though I was thinking of the gambling kind of whale, I could not for the life of me think of HOTELCASINO. (Don't bet on me at the crossword tournaments!)

Even the small stuff running through the middle is strong. It starts on the left with the FIC (False Imperative Clue) (I had to look that up in our own glossary!) "Scratch that" (ITCH), and continues with a real imperative clue "Get outta here!" (SHOO). And on the other side, the word ERST always reminds me of Shakespeare's sonnet 12, which is nice.

There's just so much good stuff I could talk about in here! DENOTE (Mean) (tricky!), LILTS (Pleasant cadences) (tried LopeS first), BLUNT and CHEF (Pot holder) (uhhuhhuhhuh...), EELS (The ancient Egyptians believed they were created from the sun hitting the Nile) (Whaa?!), ONNOTICE (Warned), STOMACHS (Bears)... HELLNO (Rude "Forget it!"). It's all good.

It's a fantastic debut. I'll be happy to see Mr. Enfinger's byline again.