This one felt pretty much like a Friday ought to feel - hard but workable. Various things were dimly familiar to one or the other of us, and finally came with a few crosses, like HUMBLEBRAG (1A: Self-praise couched in self-deprecation, in modern lingo) for Frannie (she says the Berkman Center folks use it a lot), and LENADUNHAM (17A: 2013 Golden Globe winner for "Girls") for me. (I know her only through her appearance on SNL (another crossword darling) last year.) Incidentally, the ten-letter answer sandwiched between those two was the last thing to be filled in for us today. We had INADE_UATE, and we kept thinking "In a ____," which was never going to work. Making matters worse, I had removed the U from Lena Dunham's name, thinking I might not be right about it, but I finally put it back in, which left E_UAL for 6D: Level (EQUAL), and just when I put it in, I said "Equal!" and Frannie said "Inadequate!" at just about the same time. Funny. To us, anyway. 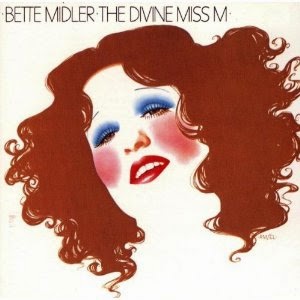 In other areas, RELLENO (12D: Stuffed chili pepper) rang one of those distant bells, but it sounded slightly louder than LLANERO (24A: South American cowboy). That cross, combined with ELEA (18A: Colony in ancient Magna Graecia) and NEO (30A: ____-soul (style of Erykah Badu and Lauryn Hill) made that corner quite difficult.

In the SW, I had tried the old standby "spas" where INNS (57A: Resort options) belonged, and neither of us was really sure about LAUTNER (39D: Taylor of "Twilight") (another hazy memory), but that slowly came together, too, with the help of crosswordese-y ARA (44A: Coach Parseghian) and SATIE (53A: Contemporary and compatriot of Debussy), the latter of which I guessed off the E.

Not much to write home about in this one. Maybe PALETTES (27D: Spots where artists mix?), which was clever, or PEIGNOIR (36D: Negligee), which is a nice word (and with BOOP and SEXPERT, constitutes today's Huygen's material), but other than that, it was just a slow plow through the grid. Nothing wrong with that. It can be quite satisfying sometimes.