After a prolonged space away from the blog, I have returned to find that my personal lacuna has been ably filled by HORACE (nice call out!) and Frannie (not there was ever any doubt on the subject). I imagine hardly anyone noted the void created by my absence. Hmm. I'd better stop with all of these attempts at synonyms for gaps before I dig a hole too deep to get out of...

So, yes, Mr. McCoy has provided us nine phrases where the second word implies a break or a gap of some sort. This is then self-referenced to the first word, where a single letter has been inserted, causing a separation, akin to a gap. Amusingly, when you take all nine letters and read them consecutively, they spell out SQUAREPEG, which have been thrust into round holes symbolized by the circles.

All nine phrases are solid. I like R(S)AILSPLITTER the best, both for its reference to Abraham Lincoln, and the aptness of the term "splitter" to refer to what the S does. Also, now that I look at it, the reminder of Life of Brian is funny also: "Whatever happened to the Popular Front?" "He's over there." "Splitter!" 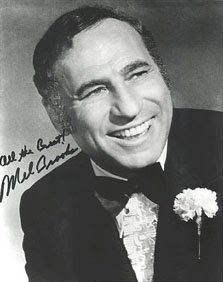 In many of the other theme answers, the second term is more of a synonym for an absence, such as "space," "cavity," "opening," etc. I don't think these hit the mark as well. Nitpicking so soon after coming back? Why, yes, that's exactly right.

I was UNREADY for the puzzle to start on such an icky crossing as GERMS and EPIZOA (scientific term for lice, ticks, fleas, and other nasties that live on the skin of their hosts). Otherwise, I found not much to note, except for the clever juxtaposition of 115D: Scot's refusal (NAE) with 116D: Scottie's warning (GRR).