Lots of fun clues today! My favorite was the QMC - "The highest form of flattery?" for PLATEAU. Hah! Would "mesa" have also worked? Or "tableland?" And running a close second was "Refined oil product?" (ART). Hah! Also strong were the non-QMCs "Legends, often" for INSETS, and "Opened up during an examination" for SAIDAH. Very nice. "Secretive things?" (GLANDS) was clever, but it's a little gross. And honorable mention goes to "It covers a lot of ground" (DIRT). 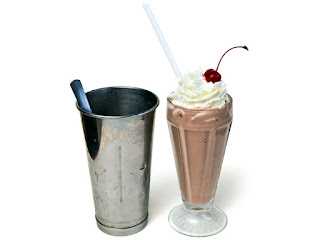 On the other side, I am less enamored of clues like "Century of note" for SENATORS. Nobody calls the senators a century. I know there are 100 of them, but still... And I get the idea in "Pack man" for ALPHAMALE, but that one doesn't thrill me either. And while I'm at it, "Scoop often used in Indian cuisine" doesn't seem quite perfect for NAAN. I see what they mean, that the bread is often used to scoop things up, but it's not actually a scoop. Am I being too picky?

And how about "Word before now" for ERE? I kept thinking that clue should have been better. Like, "Word before, before now," or just "Before, before now." Because it's kind of an old-timey word, no? And who actually says "ERE now?" And speaking of ERE, did you know that "erst" is the superlative of "ere?" And I would have thought that "first" derived from that, but no, "first" is the superlative of "fore." At least that's what the interwebs tell me.

Anywho.. are grain SILOS really prone to explosion? Because of fermentation or something? Or is that a joke about missile silos?

I love seeing KAMALAHARRIS and YOUVEGOTTHIS in the middle there. And of the long Downs, FLEWAKITE, NIGHTOWLS, and CRESCENTS were my favorites.

I zipped through this one in just under 8 minutes (7:59), which, given the byline, surprised me. It was a fun romp.

Posted by Horace Fawley at 7:06 AM