What makes this puzzle for me is the near symmetry of cat and boat in the NW and SE corners. The middle poses sort of work toward a closed form, too. They don't make it, but that's ok, it's close enough. I don't usually love circles in my puzzles, but somehow, this one is fine with me. 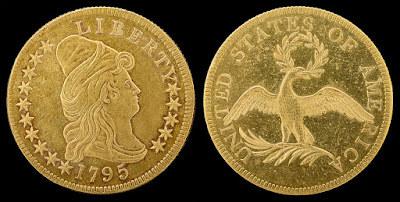 I've only done yoga a few times in my life. Frannie did it a lot for a time, and she talked about how exhausting it was. I was young and stupid (see yesterday's post), and I scoffed at the idea that it could be hard at all. So then I went with her and I learned what Bikram yoga is. That's the kind where the room is about 105 degrees, and for an hour you bend and hold your body in unusual ways, using muscles that you don't realize you have. And yes, it was exhausting. But also incredible. I should probably still be doing it. But instead I blog. Hmph.

It's another unusual theme in that only one "actual" entry mentions it (well two, if you, like me, count the symmetrical AWARENESS) (and probably TONED could work...), and the rest is carried by the circles. So many triple-checked squares puts a strain on the grid, I've learned, and - ABSIT omen! - we end up with some obscure Latin, a line of hugs (OOO), colloquialisms (YEAHYOU, ARSE, WOWIE, and CMERE), and a lot of names (AUDEN, ADUBA, BLAIR, REN, ALANA, HERMAN, ARI, KONDO, DRBLACK, ALICE, GODOT, RODAN). I mention it, because I am a "slave of duty" (I just saw The Pirates of Penzance last weekend), but I don't mind it. And speaking of G&S, I even enjoyed seeing OBDURATE (Headstrong) because it reminds me, of course, of the song Tit Willow from The Mikado. "If you remain callous and obdurate I / Shall perish as he did and you will know why / Though I probably shall not exclaim as I die / 'Oh, willow, tit willow, tit willow." Genius. Problematic today, yes, but still containing some wonderful things.

Anywho... I enjoyed this one. Now it's time for me to sign up for some yoga classes.

Posted by Horace Fawley at 7:44 AM