Today's theme incorporates old-school rebus-style clues for five answers. I didn't understand it at first, because "Di" appears within "Godiva," and I was looking for something that just wasn't there. By the time I got to the middle, with the "Art → Calculus ← Spanish" clue for MIDDLECLASS, I figured it out, and then THIRDPARTY and LASTLAUGH were drop-ins. 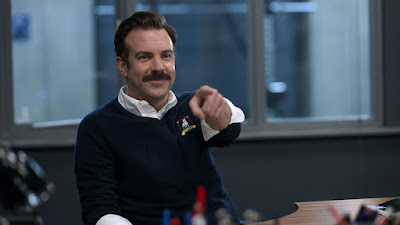 I guess I'm not terribly wowed by this theme. It wasn't immediately obvious to me, but still, once it was figured out, it felt a little flat. Maybe that's just me.

My favorite entries are CHEETO (Cause of some orange fingers) (Been there!), SNAKEOIL (Fraudulent medical treatment) (loose definition of "treatment," but I love the term), and THEMAN (Oppressive authority, informally). SEMINUDE (Shirtless, say) reminds me of a friend who used to add "in the nude" after things that other people said. As in [Person One] "I had a great time at the amusement park yesterday" [Friend] "... in the nude." It's fun. Try it at work!

A fine Thursday. Not great, not bad. Fine.

p.s. Jeff Chen over at xwordinfo.com pointed out a feature that I totally missed, which is that the theme answers form a kind of sequence, "first, second, middle, third, and last." I guess that adds to the overall effect, but having middle in the middle, while cool in a way, makes it so that "third" should really have been "fourth." Know what I mean? It's another layer of theme, but for me, it doesn't really work.

Posted by Horace Fawley at 7:34 AM