The theme today seems to be a double S vowel progression, with five two-word answers, each beginning with the letter S and having as their second letter each vowel in order. Kind of cool, but right from the start it feels a little strained with SATURDAYSABBATH (17A: Jewish observance). Is that what it's called? I mean, Saturday is the Sabbath, but does anyone talk about the "Saturday Sabbath?" I don't know. Same with the SOLIDSOUTH (49A: Voting bloc from Reconstruction to the 1960s). I haven't heard this term, but maybe that's just because it only was in place, as they say, until the 1960s. If it ever was a thing, it hasn't been a thing for fifty years, and maybe that's a reason to pick something else. And lastly, the theme made no impact on me, apparently, as I was solving the puzzle, because when I got to 55A: Power strip part (SURGESUPPRESSOR), I tried "surge protector," but it was, of course, one letter too short, not to mention not a "double S" phrase. 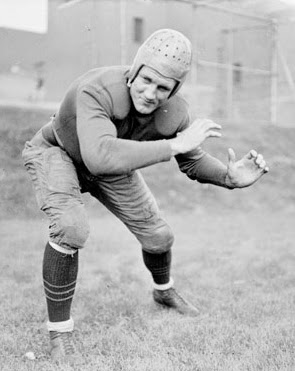 So overall, the theme felt a little blah to me today. Did the fill make up for it? Well.... not really. The longest of the non-theme material is one plural French word (cross-referenced twice), and a football player who played his last game before the end of World War II. Meh.

Then there's ALTI, ELAND, ADE, EMOTER, CLARO, PRES, EXC... and APU doesn't even get a Simpsons clue! Well, that last isn't really a fair complaint, but it did make that clue much harder for me!

This one just felt a little stale. Sometimes that happens, I guess, and when it does, there's always tomorrow. That's the great thing about a daily puzzle subscription!