An amusing start to the week, with rhyming two-word phrases. I smiled at all of them, but had the hardest time coming up with HOTSY/TOTSY (sophisticated). I don't know what that says about me, and I'll thank you not to opine on the subject. :) 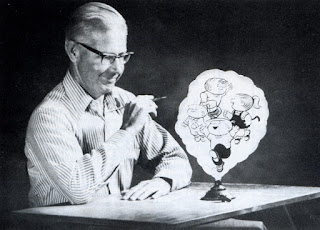 My favorite answer today is CYYOUNG (24A: Award named for the winningest pitcher of all time) because, obvious as it is, I had not read the clue until after entering the double Y, and I was already starting to re-think 2D: Book that might require a key to open (DIARY). "Hmm... I've seen locks on old bibles, I think, and what about... nope, never mind, the clue has the word "pitcher" in it. We're good."

Not much long stuff, but BULLMOOSE (8D: Symbol of Teddy Roosevelt's political party) and FOURSPEED (33D: Like most manual transmissions in the 1970s and '80s) were fine. I enjoyed DIURNAL (43A: Active during the daytime), which crossed the fun SCULPTS (50A: Produces a large body of work?). TWIRL (34D: Spin, as a baton) was fancy, and MARTYRS (26A: Ones sacrificing for a cause) has that nice string of letters at the end.

Oh well, me and my AMIE are on vacation this week, but as usual for us, we've got an agenda, and if I'm going to be one who ADHERES to his HONEYDO list, I should probably shut the ol' laptop and AMBLE over to the toolbox. I enjoyed this puzzle. Fun theme, with no need for a revealer. Good start to the week.