What an odd, multipart theme today. First of all, there's that note again - which some of you do not see, apparently, and so may not fully realize that the puzzle is missing the letters C and Y in all but the central, revealer. Second of all, there's the PINATA hanging in the middle of the puzzle, filled with CANDY. Pretty nice. But when I got the revealer (even having read the note) I read it as more of a "sound" clue, and thought that the letters K and E would be missing. But then I saw many, many Es, and that one K from KTEL (58A: "Hooked on Classics" label), and I just put off thinking any more about it until after I was finished. An event that was only held up in any significant way by the NW quadrant, where I had entered "ubi" for "2D: Where: Lat." (QUO) (hmpf), which held things up for a while, but which I was forced to re-think after getting ULTIMATEFRISBEE (3D: Widely played sport developed at Amherst College in the 1960s). Ahh... ultimate... I'll probably need two total knee replacements in a few years, but 25 years of all-out ultimate was totally worth it. 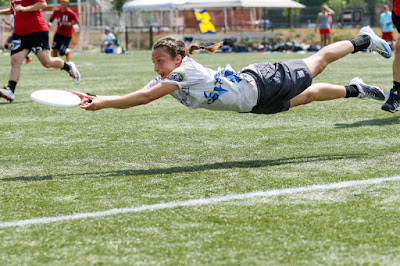 1A: Fair (EQUITABLE) - A.
Favorite: Since I don't feel I can use ULTIMATEFRISBEE after going on about it above, I'll pick TOTEMPOLE (17A: Hierarchical structure, metaphorically)
Least: I guess I'll pick on NRA (26A: Org. with millions of members HQ'd in Fairfax, Va.) just for the fun of it.

I liked this odd duck of a puzzle. There's no symmetry, there's unchecked letters, there's total separation between left and right at the top, but overall, I came away with a smile. Even though I'd sooner say "Go jump in a lake" rather than GOJUMPINTHELAKE (12D: "Take a hike!"), and even though I put in "blond ale" before getting AMBERALE (53A: Light brown brew), and even thought I've never heard of TIMS (5D: Popular beige work boots, colloquially) ... it's all good.