The ANIMALMAGNETISM today is the butting together of two animals within larger names or phrases. Finding "lamb" beside "ass" in GOODWILLAMBASSADORS (*Celebrities working for the U.N., perhaps) is probably the best one, but I also like the simple elegance of "elk" and "ant" in IMMANUELKANT (*Philosopher who wrote "Out of the crooked timber of humanity, no straight thing was ever made"). And what a quote! My least favorite, possibly because it took me so dang long to figure out, was BOARDINGOFFICER (*Law enforcer with the Coast Guard), even though it does contain two of the more interesting animals. 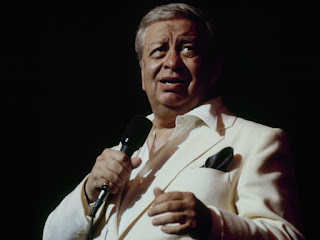 My favorite clue/answer today was 14A: Happy event after a split? (SPARE). My mind immediately went somewhere else, but there weren't enough squares for that... and the question mark didn't really bother me on this one. It was still plenty tricky. And you know what? I was just about to say that my least favorite was 67D: Heat center of old? (ONEAL), because I didn't understand it, but now I see the beautifully hidden capital, and I realize that it's that old crossword favorite, Shaquille O'Neal. Nice one, Mr. Zhou.

So I guess now I have to pick another least favorite. It's almost too easy to pick a three-letter one, like ILO, NTH, UMS, DCI, or the over-worked ARA constellation. And I didn't particularly enjoy EGOT, or BLIP (Dot on a screen), but I'm going to pick on ULTRACOOL (19A: Really happening) because of its clue. Who, in the past forty years, has ever referred to something ULTRACOOL as "really happening?" No one, that's who.

And while I'm INAPET, I'll complain a bit about OWNIT (61D: Take responsibility for something) and say that I think the clue more accurately calls for "own up." I think of OWNIT as meaning "take pride in it." And why is "in part" needed in the clue for WEED (Wacky tobacky, in part)? Are they thinking of "the evil weed," or something like that? Pot is weed. End of story. And furthermore, come on, "wacky tobacky?"

The theme is somewhat interesting, and this was more challenging for me than Sundays usually are, so that's good. There were, however, some things I didn't love about it. And I don't particularly like having to enter SNOTNOSED in a puzzle.