For the past couple years, Frannie and I have had the pleasure of talking with Mr. Haight at the ACPT. He is a nice guy, and a funny guy. He's also a constructor who likes to play with the crossword form and push at its boundaries. The first time I met him, I confessed that I was a crossword blogger, and we discussed one of his "stunt puzzles" in which two large I-shaped groups of black squares were used as a letter in all answers that touched them. Later that night, I went back and re-read my review of that puzzle, and found that I had nearly SAVAGED it. Unfortunately, he read it too, and the next day when we met again, I felt like a heel. It's funny, because looking back on that puzzle now, I think the concept is kind of cool. Oh well... sorry, Bruce. 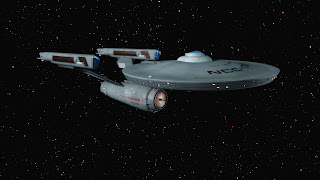 Anywho, that's all water under the bridge. Today, Mr. Haight takes one of crosswordom's controversial topics, Roman numerals, and turns it into a strength, using it in an interesting and amusing way. CISTERNS becomes "101 rear ends?," AND LIFELINES becomes "51 cats?" I love the idea!

In addition to the fun theme, we get four chunky corners, and some decent seven-letter fill in the downs. I particularly enjoyed PRSTUNT (3D: Cheap way to get media attention) (and interesting, coming so close after last weekend's "prnightmare"), PRIVYTO (41D: In on), and, believe it or not, LEADORE (45D: Galena or cerussite). What can I say, I'm a sucker for geology.

We also get some "glue," as Jeff Chen politely puts it. ESPIED (22A: Spotted) always feels a bit forced, and then there's ATTA, ETTE, DOO, UTAHN (is this real?), and OMRI (14A: Father of Ahab in the Bible) (really!? I don't think I've ever heard that before). And isn't it odd that SLIM (44A: Like a long shot's chances) gets almost the exact same clue that it had on Sunday. Weird.


Overall, I enjoyed this. The theme was clever, and sometimes that's all it takes. :)