How funny is it that I posted a photo of SIDCAESAR (14D: 1950s TV personality who appeared in "Grease") in Grease just two days ago, and today he's in the puzzle with that clue! Quelle coincidence! 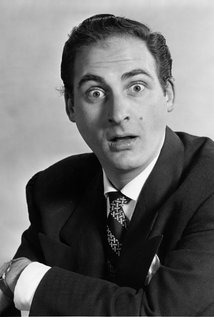 I liked pretty much all the nine- and ten-letter answers today. EASYSTREET (17A: Low-stress address?), GOINPEACE (13D: Gentle farewell), and CASTPARTY (31D: Celebration after a run) are probably my favorites. I also thought PANICBAR (23D: Door part often fitted with an alarm) and RHEOSTAT (21D: Current regulator) were both strong. MEEMAW (9D: Grandmother, in dialect), however, I did not like. Which dialect is that again? I've never heard it.

1A: Plucky words? (SHELOVESME) - A. Think daisies.
Favorite: 30D: Request for an island getaway? (SOS) - That's a lovely clue.
Least: STARCH (39A: Pressing need) - It's cute, but you don't actually need it to press anything. Believe me. I do a lot of ironing!

Even after the "Does sumthing wrong" clue from a few days ago, it still took me ages to figure out 53D: Kind of place for the summer? (ONES). Sheesh! And how 'bout that misdirection on 59D: Cry at a Real Madrid game (GOL). I dropped in "ole" so fast!...

Lots to like in here and not much glue (sure, ERTES was plural, but it got a decent clue). I went through it pretty fast, but I enjoyed it while it lasted.