OK, here's what I don't like about this puzzle: ARGUS. Why? Because I put in ARGoS, knowing it was right for "12D: Mythical 100-eyed giant," and then when I got to "22A: Word accompanying a head slap," (DUH) I filled in DoH and smiled. Then, when I finished filling in the grid, I learned that I had an error, which I thought must have been a typo, since nothing was particularly difficult, but I looked and looked, and after spending more time looking for an error than I had spent filling in all the clues, I went to xwordinfo to see Jeff Chen's completed grid, which is when I saw the U. Sure, DUH, also works for 22A, and ARGUS is an alternate Americanization of Αργος, but I argue that the O also works. 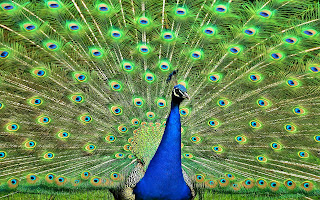 OK, rant over. It's Labor Day, and the grid is reminding us of that by offering up BBQ fare - wings, dogs, brats, and sliders. I don't eat any of these things, but I appreciate the effort. All the "container phrases" are acceptable. I like the top two better than the bottom two, but I think they're all fair.

1A: "Goldilocks" bear with the hardest bed (PAPA) - B-. Good effort on the clue.
Favorite: GIN (47A: Rickey or gimlet ingredient). Mmm... GIN. Soon it will be brown liquid weather again, so enjoy it while you can!
Least: TSLOT (68A: Letter-shaped track in metalworking). Gaaah.

Not much more to say about this one. Onward!