Today it's everyone's favorite - punny wordplay! A mundane truck becomes a FJORDEXPLORER (20A: One traveling around Scandinavia?), and simple hors d'oeuvres become a FINGERFEUD (40A: Argument that involves pointing?). The backformation of the "Soldiers in line formation?" (MILITARYQUEUE) took me a long time, because I didn't see that each transformation occurs by the addition of a "yew" sound. Ford to Fjord, Booty to Beauty, Food to Feud, and finally, Coup to Queue. Maybe it was the additional letter change that threw me. Whatever it was, I chuckled at the theme, and that's always a good thing. 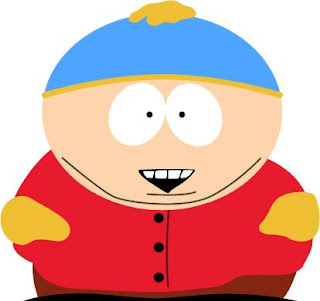 Some nice bonus material in the downs: POLEMIC (10D: Controversial argument) is unusual, LIONTAMERS (29D: Dangerous circus jobs) is fun, despite the plural, MACUSER (42D: Apple consumer) has defined me for decades, and the full (ish) IMPEI (5D: Noted architect who turned 100 in 2017) was interesting. I had no idea he was that old!

1A: Female singer with a hit album in every decade since the 1960s (CHER) - B. Does that include the current decade?
Favorite: EDIT (17A: Pare a phrase?) Excellent clue for this old workhorse.
Least: PAUL (10A: House speaker Ryan). I should probably have chosen URB, but I can't resist being unnecessarily political.

It took me a long time to figure out the middle, because I just could not remember that character's name! So for the fun theme and the good Wednesday challenge, I give it a thumbs up.