SILENTPARTNER is the theme today. Hmmm... It took me a minute or two to understand what that meant, but then I saw that two identical silent letters are found in each theme answer. Kind of cool, really. In the first, CAMPAIGNSIGNS, the silent G is paired with, and lengthens, a vowel (or vowel cluster) both times. Or does it? It lengthens the I, but AI would be the same with or without it, right? Because "pain" is the same as "paign," but "sin" is different from "sign." ... Anyway, in the second, GENGHISKHAN, it hardens the G and ... does what to the K? Who knows? That one is obviously a direct borrowing from another language, and so does not require any explanation in English.

Turns out, silent letters would require me to do a little research if I wanted to provide a full explanation here. Let's just say that I liked the idea, once I understood it, and we'll move right along to the fill, which, sadly, I liked less. 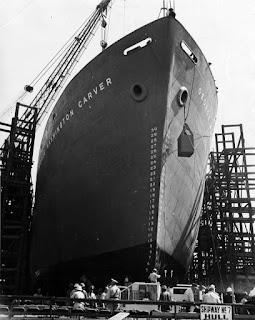 1A: Tacks on (ADDS) - D.
Favorite: SOANDSO (46D: Scoundrel) - I was not expecting this.
Least: maybe HOS (30D: Sounds from the Jolly Green Giant), although there were plenty to choose from.

Interesting, but slightly off-putting entries today included DOGMEAT (3D: Serving in Asia that's taboo in the West) and HAGGIS (9D: Sheep dish popular in Scotland), and perhaps those choices are what brought on the idea for STARVES (48D: Doesn't eat for a long while). ELANDS, EDS, PSA, SOP, FROS, MAA, WIPING and SKEE all seemed a bit blah, and even the longer stuff like DRLAURA and ASHTREE wasn't terribly exciting.

I don't know, I guess I was kind of underwhelmed by the whole thing. Sometimes you'll have that.