Thursday it was "box seats," yesterday it was "opera boxes," and today we are led to the LOGESEAT (15D: Superior stadium spot) for the SANANTONIO Stars (WNBA) game.

A solid end to The Turn (what we at this blog call the Thursday, Friday, Saturday puzzle block). There are obvious bits of glue - SOTU (President's annual delivery to Cong.), RESAT, and SDSU (Calif. school near the Mexican border) and a few others - but not too much. 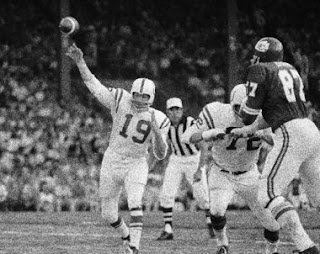 The longer stuff was not always terribly exciting. I enjoyed filling in GREENHOUSEGASES (They leave carbon footprints), but I did so off the G of RPG, which is bittersweet on a Saturday. You love getting a long answer like that, but you also wish you had had to work a little more for it. Likewise, SOUTHSUDANESE (Neighbor of an Ethiopian) took only a few crosses, and once it is in, it's just in. Do you know what I mean?

Better, in my opinion, were fun words like IRIDESCE (Sparkle) ("Sparkles," btw, is one of Frannie's nicknames), ORDAIN (Decree), SEMINOLE (Creek language) (thank you for not cluing this as a sports team), and the excellent TANGENTIAL (Barely relevant).

I was not aware of the show QUEENSUGAR (Oprah Winfrey Network show about a family farm), and I always bristle a bit when I see THESTONES (Band that really rocks, appropriately?) without the word "Rolling." Have they officially changed their name? I know we've seen this in puzzles before. Grrr. And I was surprised to see SCIROCCO clued as "Volkswagen coupe" without any reference to the past, but I looked it up, and the SCIROCCO is back in production. It's not sold in North America, but I guess that doesn't matter. We sometimes see Skoda, and other foreign brands in puzzles, don't we?

Overall, I think this was, as I said, solid, but not especially memorable.

1A: Movie lot? (CAST) - C-. It was given away by the question mark.
Favorite: TAKE (Stomach).
Least: I guess SOTU. Seems so arbitrary.