Boy, when I saw the two constructors, my expectations were set pretty high. They are, if you don't know, the creator and the keeper of that statistical juggernaut xwordinfo.com. And Jeff Chen writes a daily blog post about the NYTX. Mr. Horne still chimes in from time to time, too. So with all that experience, and knowing the crossword blogosphere like they do, you'd have to expect a pretty darn good puzzle. And what do you know, they delivered. :) 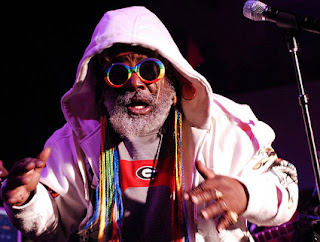 It's an impressive grid with hugely chunky corners and good flow. Of the many nines and tens, I think my favorites are CAMERASHY (1A: Afraid of getting shot), APOSTROPHE (55A: Character in "All's Well That Ends Well" and "A Midsummer Night's Dream"), and ARCHIMEDES (12D: Pioneer in hydrostatics). For that last one, even after I had the first five letters, I still expected it to be someone with the first name "Archie" that I had never heard of. Derp. And the clue for APOSTROPHE is classic crossword misdirection. I don't know either play very well, so I was just kind of hoping I would recognize the character name when it started to show up.

There were a few little crosswordsy bits of fill that allowed me to get a start, like CAPO (1D: Crime boss), ALES (2D: Public house options), and ESC (4D: "Exit full screen" button). Oh, and EMT, INRE, DORA and OLAV down below, but nothing really troubling. And I might be alone in this, but I loved seeing QUA (31A: Acting as) clued as it was, because I come from a family of Scrabble players, and I learned very early on what QUA meant. In my house, anyone playing QUA on the board would almost invariably follow the laying of tiles with the example that was found in our old dictionary - "He spoke QUA judge." Good times.

One last thing - when "purple" started to become clear in 11-Down "#2 on Rolling Stone's '100 Greatest Guitar Songs of All Time,'" I quickly filled it in as PURPLErAin, even while thinking to myself, "Gee, I knew Prince was considered a good guitarist, but #2? Really?" I think it was only Dirty DOZEN that made me change it to the much more expected PURPLEHAZE.