A rather tortured word-play theme today. I kept trying to figure out how the title "Breaking News" would be helpful to me in understanding the eight (!) theme answers. I thought, well, maybe they're all things that are covered on news programs? (I don't watch any news, so it was really just a guess.) The entertainment segment could cover a HOLLYWOODENDING, and maybe the early morning news show is called the EYEOPENER... but no. The title simply refers to the revealer, DEARJOHNLETTERS, which refers, sort of, to the other theme answers, which work together to spell out D-E-A-R-J-O-H-N. 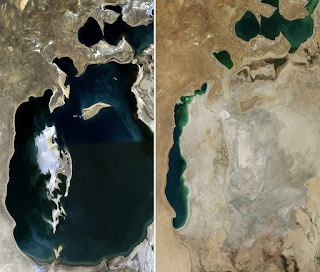 To be clear, the second word of each two-word phrase tells you which letter to take from the first word. In ARCTICFRONT, it is the A. In STOLETHIRD, it is the O. Etc. Fine. I don't love it, but I don't hate it either. It's a thing.

I guess my issue is that it didn't enhance my solving experience while I was doing the puzzle. It extended the time that I spent with the puzzle by forcing me to figure it out after I was done. I suppose in some ways this could be seen as a good thing. For me, today, it wasn't.

But what about the rest of the answers? The fill, as it is sometimes called. Well, for starters, I disliked both 1A and 1D. Not a great start. ELMISTI (19,000+-foot Peruvian volcano) both didn't seem like something I ought to know, and the inclusion of the article is not consistent across the search results I just got when Googling it. And for 1D, I think I'd prefer seeing it clued as an Old English letter.

And PASHA (8A: Husband of Lara in "Doctor Zhivago") is little better. I'm sick of references to this movie and/or book. Both came out before I was born, and I've neither read nor seen it, but I know the theme was "Lara's Theme," and now I know her husband. Yay!

Boy... somebody got up on the wrong side of the bed. Sorry about all that complaining.

I liked SCEPTERS (65D: Symbols of sovereignty), and 60D: Range rovers (BISON) was cute. CONCOCT (74D: Dream up) is strong, and NOBLEMEN (59A: Duke and others) was tricky.

It is at times like these that I often think of the old adage "Criticism is easier than craftsmanship," and so I should probably just end by saying TOOGOOD (18A: "That's way better than I can do.")