What a can of corn the revealer was today! TORAH, to be pronounced as "TOR! ... Ah..." or something like that - said that way because the letters TOR have been inserted into four common(ish) phrases. "Can of corn," for example, becomes CANTOROFCORN (55A: Synagogue singer with hokey humor?), which is strangely linked to the revealer. I suppose KEEPITREALTOR (45A: "I don't want this house after all"?) could be linked the religious theme as well, but I think maybe I said enough about my religious beliefs in my last weekly stint of blogging. AMENS! :) 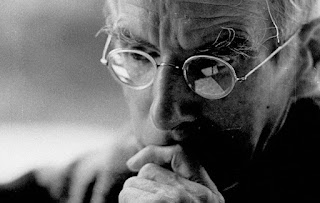 The only theme answer "original phrase" that I was not immediately familiar with was in CAPTORINHAND (21A: Kidnapper who gets arrested?). I see now that "cap in hand" is an alternate version of "hat in hand," as in "He went cap in hand..." asking for money. I think that one's on me. I should probably have been able to figure that out.

As is often the case, there are some interesting long Down answers in the grid. My favorites today are TIMEBOMBS (36D: Ticking dangers), BARONESS (40D: Margaret Thatcher, e.g., in her later years) (not for the Maggie reference, but for the fine word itself), and the unusual AWCOMEON (5D: "You've got to be kidding me!"). ONBUTTONS (12D: Things in the backs of Macs) was very strange, but this Mac user enjoyed it when he figured it out.

Overall I enjoyed this solve. There was plenty of OOMPH in the middle-length fill, too, with LARYNX (47D: Need to speak) (tricky clue!), GNASH, ASKEW (15A: Like a necktie at the end of a long workday, maybe) (Tell me about it!), and SANDRA (10D: Oh, what an actress!) (Guffaw!).

No rebus, but still a fun Thursday.