I enjoyed today’s puzzle very much. As I got ready to write the review, I started making note of the clues and answers I liked. I ended up highlighting over half the puzzle, which is great, but which also raised a question about question mark clues, or QMCs, as they are known in the business. Simply put, the question is, what’s the deal with QMCs? When are they used, when are they necessary, and, an oft-discussed topic among our esteemed readership, when are they de trop? I surveyed the haves and have nots in this puzzle to see if I could detect a pattern - are the QMCs funnier, or more of a stretch, or something else? - but I was unable to detect a pattern.

Let’s consider an example, “Overspent?” is a QMC and its answer is BONETIRED, which is a twist on what we might think of as the default definition of ‘spent’ referring to money. On the other hand, the clue “Cuban bread” is not a QMC, but its answer is a twist on the default definition of bread meaning ‘food’, but in this case means money. So, why is one a QMC and the other isn’t? To assist with further analysis and discussion, I’ve copied the QMCs and non-QMCs below, along with some in depth analysis.

Non-QMCs:
Able to get out of the hole (SOLVENT) - very nice
Digs loads (ADORES) - nice
Loaf (LIEABOUT) - good
Bolted (down) (WOLFED) - might have been even better without the “(down)” especially on a Friday
Work on hooks, say (BOX) - tricky, less common category switch

In other topics, I couldn’t help thinking of Mr. Haight’s puntastic theme on Wednesday when I read “Music to a punster’s ears.” Contrary to today’s answer), however, you would have heard LOLs instead of GROANS out of me. EWEGUISE. Ha!

I also liked the pair of “1040 abbr.” clues. My mind went immediately to tax forms, but my first thought was SSN, which turned out to be the second answer. (IRA was the first) And speaking of abbreviations, I thought the clue “Abbr. for a complier” was a good for the old chestnut ETC.

If all that isn’t enough, I enjoyed “Fall for an idol” (SWOON), “Likely to move faster” (ONSALE), and my favorite, “Foreign capital whose name sounds like a blood grouping” (TAIPEI) - ha!

I learned that HERTZ was the first person to broadcast radio waves. Who knew? I’m sure many did, which brings to mind the excellent expression NERDS out. Been there! Do not get me started on the French monarchy and my favorite French king - Henri IV, just in case you’re interested. Are you? Call me. :) 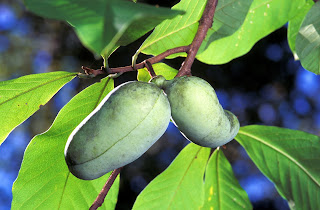 It seems like I’ve mentioned almost every clue now. There was one I thought was on the meh side (Parenting, e.g., for short (MAG), but it wasn’t really an issue. It only bothered me periodically. Serialously. LOL.