A tidy theme today of two-word phrases, the first word of which can be paired with "cap" to make a new phrase, and the second of which can be likewise paired with "gown." I particularly enjoyed the first one, NIGHTNIGHT, because, well, it's clever and funny. WHITEWEDDING is fine and MUSHROOMBALL is a little weird. Are those a thing now? Instead of meatballs? I've never seen them - or heard of them - but then, I never really liked meatballs on my spaghetti even back when I did eat meatballs, so I've never really gone looking for a substitute. 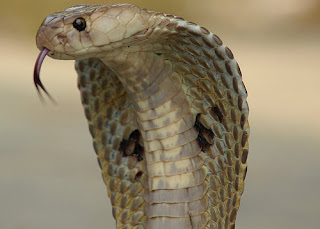 Oh, maybe I'm just being OBNOXIOUS. I will say that I didn't get much sleep on the plane last night. And even if I had slept the entire time that the lights were out, that would still only have been, what, three hours? But the trick to beating jet lag (from the US to Europe anyway - according to me) is to stay up the entire day once you land. Until your normal bedtime, if possible, but at least until 9:00 or so. You'll probably wake up pretty early, but as long as it's light out, you should be good.

And yes, I know it's easier said than done. Right now, for instance, it's 1:45pm where I am, and I'm sitting in the sun with an espresso, writing on my laptop and even with the coffee I'm struggling to not just "rest my eyes" for a minute. Or two or three.

But enough about me. What about the rest of the puzzle!? PASEO (32A: Bullfighters' entrance march) is a little obscure for a Monday, and if new solvers aren't familiar with the old baseball name ALOU, or haven't paid any attention to the Harry Potter films, they might run into a little difficulty over on the West side, there.

I did very much enjoy the clue for TOE (57A: Stocking stuffer), I also liked the topicalness of "7D: $15/hour, maybe" (WAGE) and the green, "keeping it real"-ness of 52D: Low-tech hair dryer (TOWEL). But is it just me, or would you, too, argue that neither a slipper nor a sandal is a SHOE? Footwear, sure, but shoe, no.