I'm taking the DNF today because I knew neither HUGOWEAVING (33A: Player of V in "V for Vendetta) nor PENSIEVE (14D: Magical basin used to view one's memories in the Harry Potter books). If I had penser'd a little longer, maybe I could have come up with the Down entry, but I had also erroneously entered JUDyDENCH, so it just wasn't going to happen for me today. Ah well... 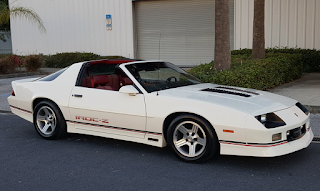 Kind of a "meh" theme today, at least for me. I have seen all four movies that the CHARACTERACTORs appeared in, but the only one that I actually remember being referred to by the letter is JUDIDENCH. The character of "M" has been very well established by the Bond franchise. I don't think we've ever heard what it stands for, or even if it stands for anything but itself. PATRICKSTEWART's character, on the other hand, is named Charles Xavier, or "Professor X." I don't remember him being referred to as just "X," the way "M" is. And the other two movies are too far back in my memory for me to have clear thoughts on the character names.

So maybe it's a weak theme, and maybe it's just a case of sour grapes. I don't know.

It was interesting to learn about Unalaska, Alaska, the second-largest city (population c. 4,400) in the "unorganized borough" of the "Aleutians West Census Area." It seems the "un" in the beginning is not the prefix I originally thought it was, but a variant of "Ounalashka," which means "Near the peninsula." Who knew?

Also, it's a little weird to have the fully-named character NORMARAE in the puzzle as non-theme material, isn't it? ...

Paired entries TECHBRO and DUDETTE, and RAPIDO and ITALIANO were interesting. I didn't really love the way GETSWITH (3D: Becomes involved in) was clued, and I would never use the word DRIB to mean a "tiny amount."

HATETO harsh on a puzzle this way, but I just wasn't feeling it today. Hope you found it more enjoyable.