I really go for today's theme! For today's theme answers one had to mentally add the letters GO beyond the top, bottom, or side of the grid - or GOOVERTHEEDGE. Such a lovely and literal revealer. I thought I caught on from the get go; the answers where the missing [GO]s were on the right edge (TAKESTWOTOTANG[GO] and CARMENSANDIE[GO]) went right in, but my failure to read the revealer carefully meant that at first I didn't realize there were no-gos all around. I didn't know 55D: CHICA[GO] was one of the theme answers because for all I knew "Chica" *was* the second-longest-running Broadway musical ever (after "The Phantom of the Opera") - I'm not strong on Broadway musicals. Also, when the across answers in the north east left me with SLINGS at 13D, I just assumed I didn't understand the clue ("Babies in a pond" or [GO]SLINGS)). But, when I finally got [GO]LDTEETH at 5D it started to DAWN on me that things were going off all over the place, and that LF_A_E could be [GO]LFGAME (What's honed on the range?) The rest, as they say, was AGESA[GO]. 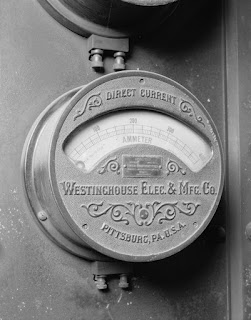 I got off on the wrong foot with JEan instead of JEEP. Aren't there Wrangler jeans? But I was able to correct course relatively quickly when I got EDITMENU at 3D (Where Copy and Paste appear). Another computer-related entry, (Windows) NTS really kicked it old school - practically back to the age of PCLABs. Also out there were ORDO and ERL, but overall, this puzzle left me with a od feeling.