My favorite clue in this tricky Friday puzzle was 24A: March 15, e.g. I put in "ides" even while I knew it seemed too easy for a Friday. But what else could it be? And it's in so often... and even on a Friday, they need to give us some footholds... right? Even when OVERALL (7D: As a whole) looked very probable, I still hesitated until I got just a little more proof. Heh. DATE. So obvious, and yet so well hidden. 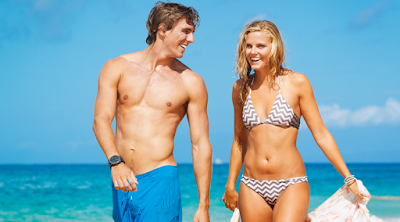 On the other hand, SHORTSTRAW (5A: Drawing that nobody wants), CATCHOW (33A: Purina product), SWISSMISS (41A: Hot cocoa mix brand), and even BLACKMIRROR (25D: Netflix show inspired by "The Twilight Zone") went in off the clues. I couldn't think of ATKINS (13D: Doctor with a well-known diet) right off the bat, but it came with a few crosses.

UPTHEWAZOO (50A: In excess, in slang) got a chuckle. That whole SW stack was good, and the R in POLICERAID was my last entry. As I put it in I thought, what the heck is "sorare?" I was pronouncing it as if it were an Italian word - soRAre - but no, it's "So rare." Huh. I don't think I've ever heard that song before. Also, big shout out to CECE, who sometimes helps Colum with his solves.

The only two things I didn't really like in this puzzle were ICEBOXCAKE (18A: Dessert that's chilled overnight) and DUAD (24D: Twosome), both unfamiliar terms. I had never heard of the Durante song before either, but that was fine, because, ok, it's old and I just never ran across it. And I suppose that maybe ICEBOXCAKE is a regional thing, or maybe it's an old thing, but I actually do a fair amount of baking, and I look at a lot of cookbooks, and it just seems like I should maybe have run into it before. DUAD, on the other hand, gets 700,000 hits on Google, while "dyad" gets 18.5 million. Sure, ok, it's valid, and it's Friday, but you're still not going to get me to say it's a good entry.

That said, I also realize that in every puzzle you are going to find little bits of glue, and that's fine. Especially when, as in this case, the snappy entries far outweigh the questionable. KAMIKAZE, HAILMARY, ESPRESSOBAR, SEXT, TROPE, ARTISTE, HOUSERULE (26A: Game-changing invention?) (Hah!)... that's plenty of good.