One of my first entries today, even though I couldn't actually believe it would be true, was bWAHAHAHA (2D: Villain's cackle). I was a little off (MWAHAHAHA), but still, it was a fun beginning. 8-Across, "String of churches?" (ROSARY) didn't fool even this non-Catholic for a second, and emboldened by what I thought was going to be a cakewalk, I foolishly entered "bAnAnA" off the A from 2D for 38A: "Fruit with a yellow rind" (CASABA). Yeah... that would have been too easy and I knew it, but still I dared. 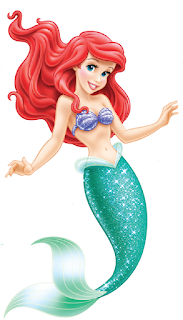 How many of you, like me, paused at 5D: "Man's name that spells a fictional people backward" to consider "Iole," and then "Kowe?" It took quite a while, really, for IVAN to become clear. And it's funny, because Frannie and I just saw a painting of Prince in a shop window last night that made him appear kind of like a Navi. (The blue people from "Avatar.")

My error, if you are interested, came at 47A: "Conjunction in a rebus puzzle" (OAR). I found the clue very odd, but did not think about it long enough to see that they were playing on the crossword standard "oer" by adding an extra trick. Very nice, but I wish I had known for sure that the capital NNE of Marrakesh was RABAT and not ReBAT. Oh well.

The eleven-letter Acrosses were uninteresting, but I did enjoy ANACONDAS and RAINDELAY well enough. "Mob rule?" (RIOTACT) was fun, as was INEEDANAP (34D: Words yawned in the afternoon). And maybe it's time for me to get an AARPCARD, because I actually smiled at the old stalwarts HIES, VENI, and ALEPHS (61A: Hebrew leaders).

Not the most exciting Saturday, but acceptable. It's Market Day today in Utrecht, so we're heading out to see what we can find for dinner.