One could almost imagine a Friday theme with VOICEACTOR (One who's seen but not heard? Just the opposite!) as the revealer, and the "spoken" answers AREYOUGOOD, DOMEASOLID, and DONTIKNOWIT as some of the theme material. Alas, I don't think that was intended. Or maybe it was, but it still wasn't enough to distract me from what I saw as AGONIES. OK, that's harsh, but I must admit, I didn't love this one. 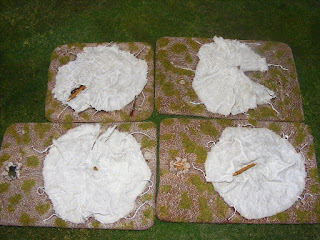 TOLTEC (Early Nahautl speaker) - I admit I'm not specialist in Mesoamerican chronology, but these guys seem like pretty minor players.

FATHA (Nickname in early jazz piano) - Never heard of Earl "FATHA" Hines before. He seems to be famous in the jazz world, but that's a tough cross with TOLTEC!

REID (John ____, secret identity of the Lone Ranger) - I had no idea about this one either. Like the previous answer, some deep trivia. Good to learn, I guess. I hope I remember it.

ECUMENISM (United Christendom movement) - I have never heard this form of the word, only "ecumenical."

PARDNER (Western sidekick) - I feel that "sidekick" is slightly inaccurate here. Isn't it more of just a casual form of address?

So many people... NORA, CORY, ROSS, ELSA, JEB, and more I've mentioned and will mention...

DINEANDDASH (Stiff a restaurant) - I almost feel that this idea, like the names of mass murderers, should not be publicized.

I did like some things, though. I liked seeing REMAIN (One side in the Brexit vote). And speaking of that, it's the last day as P.M. for THERESA (May in England) today, and given her recent popularity, she may want to spend some time outside of the country - while she can still travel freely about the Continent. Hah! "One going over the line" was good for EDITOR, likewise "Something that might build character over time?" for STORYARC.

So not all bad, but certainly not one of my favorites.

Posted by Horace Fawley at 2:12 PM