All the world seems to love a dog. Me, I'm more of a W. C. Fields-type, but at least I love a theme that runs in both the Across and Down answers, so let's just agree to agree that we can probably all find something to enjoy about this fine Monday puzzle. :) 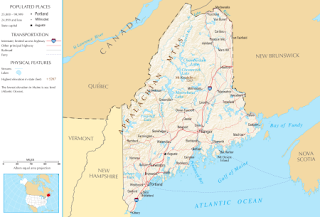 The revealer, GOODDOG, is what one could say after a dog performed any of the six standard dog commands found at the end of the theme answers: Stay, Heel, Down, Shake, Come, and Sit. And the "container" phrases that hold those commands are all perfectly normal, with the one possible exception of TARHEEL (Chapel Hill athlete), but even that is a pretty well-known college team name.

I had a brief setback when I dropped in "Silo" for SHED (Outbuilding for storage), and I thought "Virtuous conduct, in Confucianism" was an odd clue for TAO. I'm not an expert, by any means, but I think of it more as an ideal. And now that I've said that, I guess I can see how if you act according to an ideal, it might be appropriate to call your conduct by the name of the ideal. I've just never heard it used that way before.

ONE (Word before "blastoff") reminds me of one of Colum's daughters, who, on New Year's Eve a couple years ago, was disturbed by the thought that the last word that everyone says every year is ONE. So she thought long and hard about what word she would like to say as her last word, and also as her first of the new year (Having also been concerned about "happy"). One of her new choices was the word "bean," pronounced in a rather absurd, drawn-out way. Thinking of that now, and laughing, I am no longer sure if she actually said it, or if that was just a running joke. Either way, it's still hilarious to me. What a kook! :)

One last thing, I like the pair of "firsts" NEHRU (India's first P.M.) and CLOVIS (First king of the Franks (A.D. 481)). It may say something about me that I was able to drop in the latter, but needed crosses for the former. Heh.

Solid start to the week.