Today was one of those rare occasions where I actually understood an early-week theme as I was solving and used it to help me finish. I figured it out at the first opportunity, with 17A: Hebrews (BEERMAKER), then I think I just ended up filling in TRUEBELIEVERS (Weaver) with a lot of crosses and then by filling in what I thought made sense. But it was in the bottom half that I was able to split "Sheriffs" into "she riffs," and enter JAZZGUITARIST. Likewise with APPRAISER (Irate). It was only later that I went back and understood 24A to be read as "we aver." That's the weakest one, by far, but overall I enjoyed the theme. 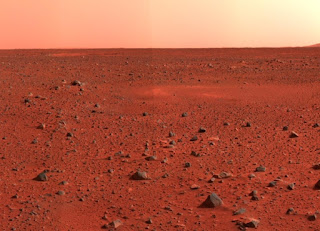 Another way that I was unusually "aware" of the puzzle today was that I could almost feel the clues getting slightly trickier. It's Wednesday, after all, and I noticed things like "Short cut" (BOB), "Key with a chain, maybe" (ISLE), and "Printed slips" (TYPOS). All non-question-mark clues, and all "Whimsically witty" (DROLL). I thought the overall "feel" of the puzzle was one of good-natured cleverness - "Produce producers" (FARMS), "Help around the house" (MAID), and "Something a college junior has that a freshman usually doesn't" (MAJOR), for example, all have an element of fun.

I also enjoyed the many "spoken" answers: ENGARDE ("Get ready!"), STOPIT ("Cut that out!"), THENERVE ("What chutzpah!"), and, less excitedly, BEENTHERE (Empathetic comment). Ironically, I read that last one as "emphatic comment" the first time I came across it. Heh.

Lastly, it was kind of refreshing to see more "female-oriented" entries like CAMISOLE, LABOR, BOB, and PIECE (One-____ (modest bathing attire)) to balance out the usual references to sports and cars that are more commonly (but not exclusively, of course) thought of as male-oriented.

Overall, I found this a very enjoyable mid-week solve. Plus, it's always nice to see my sister SUE in the grid. (Hi SUE!) :)