ALAS, even though I told myself to go back and review my answer to "'ROCKYIV' rival who makes a reappearance in 'Creed II'", I failed to do it. I knew my answer (ItANDRAGO) wasn't right, but at the same time, I thought my down answers were solid. For "What a band plays at a concert" I entered LatEST, which seemed perfectly reasonable, as did MaMI for a lead role in "Rent," a show I've never seen. However, looking carefully after the occurrence of a "complete-without-bleat," I saw that I had in fact entered LatESET, which WTF? LIVESET is much more apt. This, on top of yesterday's mis-read, makes me think I might need to get my CEREBRO checked.

Here are today's clues that I raise an OAST to:
Crack (ADEPT)
In a pickle or in a jam (IDIOM)
Question following a holdup (AMILATE)
It's one thing after another (PARADE)
Squeezes into (SHOEHORNS) - an implement I make daily use of

I also liked CHITS, TIPTOE, and SCROOGE as fill. Of the two 12-square answers in the puzzle, I prefer RUNONESMOUTH, although, not as an activity. :) I've never heard of a FLOURBOMB, but I like the principle of it, for a protest, I mean. I wonder if anyone would respond to a flower bomb? CLARETRED seems redundant to me. 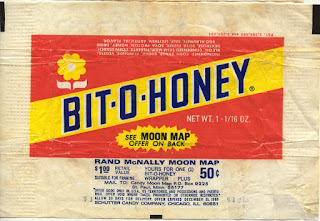 I don't usually comment on - or even notice, if I'm honest - the shape of the grid but it seemed unusual today. Also, did anyone else think the downs were more interesting than the acrosses - generally speaking, of course?