"Pride goeth ..." eh? Yesterday, I bragged about maybe becoming an "old pro," and today Mr. Collins throws a curve that makes me look AMATEURISH. It's a beautiful puzzle, don't get me wrong. I enjoyed the solve immensely, even though I ended up with four errors. !

I was humming along (I "finished" in just over eleven minutes), when I saw AMORAL... beginning "32D: Principle associated with Machiavellianism" and I quickly put in AMORALIsm instead of AMORALITY. And then I got the rest of the nearby Down answers and never even looked at the clues for ATTA (Lead-in to boy or girl) (I'm so tired of this one) or DYAN (Actress Cannon). And my others error came just where, I'm pretty sure, you would guess they would, in the word OUROBOROS (Ancient symbol depicting a serpent eating its own tail). The sad thing is, I have heard this word. The image showed up in artifacts found at an Etruscan dig that I worked on for a couple summers as a photographer, but all I could remember was the name of another figure found on some of the pottery there - "Potnia Theron," - and that didn't fit. To make matters worse, I guessed hOP for "Go (along)" (BOP) and I could not remember "Racer Luyendyk"'s name. So... DNF. 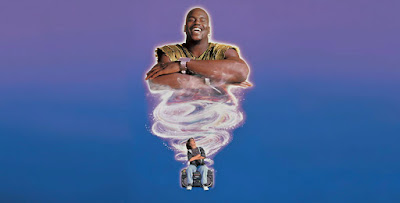 So that's my sad tale. Let's end with the happier tale of the rest of this puzzle! SUGARMAMA (Woman who spends money on a younger lover, in modern lingo) was a lovely start. I've been lucky enough to have one of those (Hi Frannie!) for the past many years. :) The long corner entries are mostly all zippy. I especially liked TENSPEEDS (so old school), KALESALAD, and SKIMOBILE (I like seeing this full entry instead of the oft seen "Skidoo"). EXTRAFRIES (Fast-food order not for the diet-conscious) is a bit ad hoc, as Colum might say, (as is NEXTDOORTO, for that matter) but I do like lots of fries...

MUCOUSMEMBRANE (Liner of the nose, e.g.) is gross, but an interesting answer, and HEBREWCALENDAR (What ends with Adar) reminds me that I will have to learn that calendar someday if I ever want to really become an old pro.

So, not perfect (I'm looking at you, ANISES), but nice and hard in parts, like a Saturday ought to be, and full of lively fill. I couldn't solve it perfectly, but I'm okay with that. What fun would life be if we were all out of challenges?