Everybody loves a rebus! Today I caught on quickly with MIC[CHECK] (Preconcert job), which led to [CHECK]SANDBALANCES (What the Constitution provides among the branches of government), and I was off and running! The revealer, CHECKALL/THEBOXES is a little odd, as you really only "check" four boxes... they do split the clue up to make that clear, but one does like the revealer to work as perfectly as possible. Still, I enjoyed trying to find the non-symmetrical rebus squares. The last one I got was BLANK[CHECK] (Free rein) and [CHECK]MATE ("Game over"). I had that BLA___ and I kept thinking of "carte blanche," which didn't help. 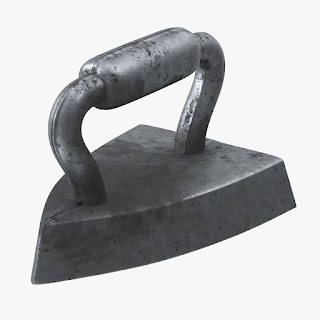 Like yesterday, I enjoyed the overall "feel" of this one. Entries like FULLOFIT (Spouting nonsense), SCAPE (Word that can follow sea and man to make new words) (Why did we need "to make new words" in this clue. Isn't this a fairly standard clue form?), YAS ("____ queen!"(slangy affirmative)), and ROGET (You might take his word for it) (Excellent clue) all made me smile. "Tipping point?" (COAT[CHECK]) was a solid QMC.

I have never heard of COCA as a "Traditional treatment for altitude sickness" before. It turns out that it goes back to native peoples in the Andes mountains who chewed COCA leaves, and the effect, of increasing stamina and energy at elevation, has been borne out in at least one study. Once again, I love it when I learn something from a puzzle! :)

I didn't love SCAN (Result of digitization), but probably only because I am a photographer and am somewhat pedantic about word choices in that field. I prefer to use SCAN as a verb (and even then, only when using certain equipment), and to talk about either "digital images" or "files" after the fact. But I completely understand that the rest of the English-speaking population would probably side with the editor, and see no problem whatsoever with using SCAN as a noun.

Lastly, ETUI (Decorative sewing case). One of our commenters recently referred to this word as an "old friend," (Hi MLou!), and I've got to agree. I see some crosswordese as a rite of passage, and as long as it's not showing up every single day, I see nothing wrong with including it every once in a while. I think it will probably outlast HODA as an acceptable answer, and I much prefer it to things like ASU (The Red Wolves of the Sun Belt Conf.) or other school initials, which are almost always a bit of a guess for me.

Overall, a strong Thumbs Up for this debut puzzle. Congratulations, Mr. Vu!