What was it? Seventy-five years ago today, that the D-Day landings took place? Today's puzzle commemorates the code names that the Allied Forces decided to USE for the five landing spots. Running west to east (in real life, and kind of in the grid, too) they were Utah, Omaha, Gold, Juno, and Sword. 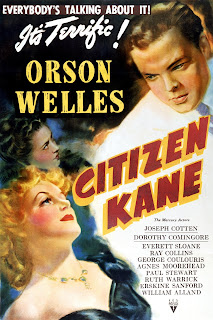 Back when I was an exchange student in France, I remember being surprised and slightly disturbed by the sight of concrete war bunkers appearing every once in a while in the landscape as I was driven around Brittany. The war, even forty-something years later, was still with them. The family I stayed with noted that my last name (not actually Fawley) was German, and told me that many in the country still might have a negative reaction to it. (I never encountered any such thing, and have always found the French to be a welcoming and friendly people.) One sunny weekend day, my French mother and her father drove me up to one of the Normandy beaches - I no longer remember which one - and to me, back then, it looked pretty much like any other beautiful beach. Which is hopefully how it will look for EVERMORE.

It is remarkable, I think, that this tribute puzzle, with its five forced entries (six if you count DDAY), should be so remarkably clean. I suppose I rolled my eyes at SHEDDER (Labrador retriever or Alaskan malamute, notably) and REPAPER (Cover over, as a wall), but those aren't terrible-terrible. And there's a tiny bit of DOER, OVO, YEE, NOS, and PICAS, but again, the crosswordese is SCANT. And good ol' OLE got a fun clue.

Speaking of fun clues, how about "Helpful thing to have on hand?" (MITT)? Guffaw. and "Ones playing the numbers?" (DEEJAYS)? Tricky!

In the end, what can you say, really? It is a puzzle memorializing a major event in the history of the western world, and there's plenty of room for that sort of thing in the country's most popular and prominent crossword puzzle.

Posted by Horace Fawley at 7:21 AM