Guten tag, Lieber Leser. It's Horace here, coming to you from Innsbruck, Austria, and taking the reins after a great week of reviews from Colum.

Today's puzzle theme of movie titles clued with emoji triplets is perfectly timed for the Oscars. Frannie and I will miss the show this year for the first time in decades, because we are not prepared to stay up all night just to watch it, but life is sometimes about trade-offs. As all crossword solvers know. [see: yeterday's review; later in this review; and pretty much every other crossword review ever written.] :) 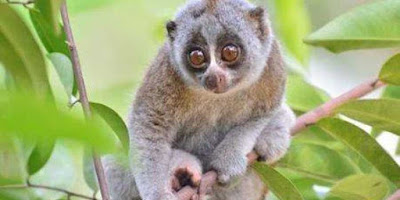 I've always been a fan of the original text-based emojis [see above], but I suppose this theme would be impossible without the more elaborate version seen in today's theme clues. Take 38A, for example. I'm not sure how you'd ever get the ship or the artist in simple typewriter characters. By the way, TITANIC aired on Austrian TV last night. It was up against "Rocky II" on a different channel. (We didn't watch either one.)

It's interesting to me that the movies were all pretty obvious even with just a few emojis. It seemed like it was always three emojis per movie, but then I only saw two for CITIZENKANE, a newspaper and a bag of money. Is there no [spoiler alert!] sled emoji? Or was that just an outlier in the theme?

The puzzle seemed a little on the easy side, but there were still a few answers that I did not know, like PRESTON ("Sergeant ____ of the Yukon" (old radio and TV series)) and LORISES (Bug-eyed primates). I looked up the latter, and have two things to report. 1. They are often called "Slow Lorises," which amused me, and 2. They are the only venomous primate. They have very sharp teeth, and they can secrete some kind of toxin that they rub into bite wounds to make them heal more slowly. Seems downright evil for such a meek-looking animal.

There were a few trade-offs today, like NAMER (Parent of a newborn, typically), ADORING (Like the Magi), and RARES (Some steak orders), but the theme was new and somewhat fun. Anybody else drop in "moe," only to have to change it to APU (Cartoon character voiced by Hank Azaria)?

Not the most FLAIR-filled Sunday, but a novelty, and yet another debut - Congratulations!