I think we all Congaree that today's theme is pretty neat. The circled letters in the parallel diagonals are names of national parks: REDWOOD, ARCHES, GLACIER, ACADIA, and DENALI. The revealer, "Does a driving test task - or an apt description of the five circled diagonals in this puzzle" (PARALLELPARKS) is apt indeed. Apt! While it often happens that I don't pay attention to themes until after I've finished the puzzle, this time the theme saved my bacon. I was dragging for a while in the Badlands where there were three clues that stumped this solver all bunched together. I had B_I_N for "Guitarist May of Queen," but my head was a real Wind Cave when it came to the downs "Father of Rachel and Leah in Genesis" and "Needlefish." I was Petrified of getting another FWOE! Luckily, one of the letters I was missing was part of the theme (GLACIER). That gave me the A of LABAN, which made BRIAN pretty obvious. It was a Mammoth effort that paid off.

In the rest of the grid, there was a veritable Hot Springs of good fill including HIE, DOTARD, CERBERUS, SENSEI, ACRID, and KEISTERS. I also want to mention a couple of clues Yosemite like such as "Mandates" (DICTA) and "Plying the waves" (ASEA). But, the Pinnacles for me were Made the bed? (GARDENED) and "Shadows that have grown long?" (BEARDS). Ha! Real Bryce. 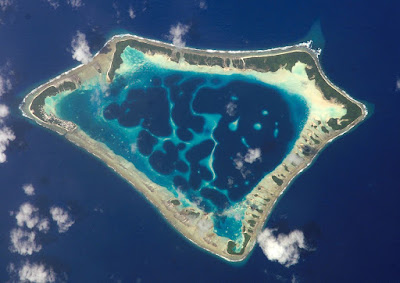 There was a regular Mesa Verde of Dry Tortugas like AIG, RDA, YTD, TCU, and SSA, but as they were employed in the service of this park-friendly puzzle, I'm not inclined to fuss. Mr. Guzzetta seems to be able to keep his Zion the prize.