Today's puzzle also played on the easy side for this solver. I immediately got GRIND ("Tedious work") - don't ask! - and I recognized ALPHANERD straight away. The French word for "Before" (AVANT) posed no problems, and neither did EMOTE, LASE, or ULTRA. The clever clue for PODIA (Talking points?) did hold me up briefly because at 11D: ("My suspicion is..."), I had only the vowels at first (I_A_E_A_), making it difficult for me to see the answer (IDARESAY). "Queen or king maker" in that corner was also good. I knew a mattress brand was wanted, but I had taken a cautious approach on the first pass and entered only the S because I didn't know if the answer would be Sealy or SERTA.

In the southwest, thanks to CROPTOP I was able to drop in CSIMIAMI, which had the added benefit of getting me to flip my initial answers to the two "Numbskull" clues. I had entered IDIOT first and then MORON.

The one real slow down for me came in the south east. My thoughts were centered on a more delicious answer for "Chocolate ___" than LAB. :( Additionally, even though I didn't know "Nymph who divulged Jupiter's affair with Juturna, in Ovid" I went ahead and guessed LetA, which, dear readers, you all know was doubly wrong. Fortunately, LASHAT disabused me of that incorrect notion, but it still left me with one blank square because I didn't know A_IOSO ("Melodic passage"). I ran the alphabet and finally decided R made the most sense in both directions.

Elsewhere in the puzzle, I enjoyed the matching pair of Pluto clues (Pluto, e.g.), the answers to which were DWARF and ROMANGOD. I find it amusing that those two words are both correct answers to the same clue. I thought "Pen pal?" for  CELLMATE was excellent. "Where you might incur charges overseas" (ONSAFARI) made me think of that old joke, "How do you stop a rhinoceros from charging?" Take away its credit card! Ha! "PIN point" at 51A wasn't difficult but it is a fun clue for our old friend ATM. I also enjoyed GAPINGMAW as fill - so evocative! And who knew RAMADA meant "Covered porch"? That explains a lot. 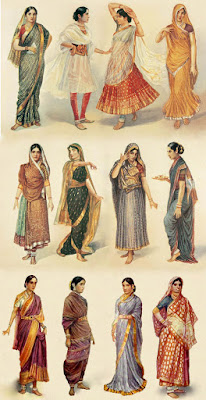 I found "Barb from the mouth" on the odd side as a clue for BLOWDART. Also odd was the "comments" part of "Some online comments, for short" (IMS), which I think of more as a medium for conversation than for comments, but that may be due to my limited experience of the social media world.

Well, dear readers, I hope you all manage to CARRYON in good health and humor, and that you are finding many and various ways to SETATEASE the concerns of the day.