What a lovely, tidy theme today: Four words that take on a new meaning when the first letter is moved to the end (HEADTOTOE) - while all other letters remain in the same place - and, they're all anagrams. I'm not sure whether or not computer programs were used to find these, but even if they were, it's pretty cool. The best of the four pairs, in my opinion, is EMANATE/MANATEE, but HOLDSOUT/OLDSOUTH is also good, and the words could conceivably be used side by side in a sentence - "Against reformation efforts, the OLDSOUTH HOLDSOUT." Too soon? 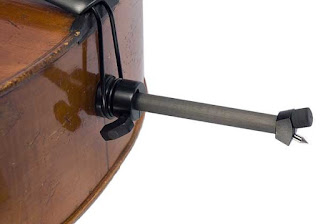 It's the second vertical theme in a row (which I think is just as valid as a horizontal theme), and it also features non-standard horizontal symmetry.

The fill contains a few unusual names: ROSTAND (Edmond ____, "Cyrano de Bergerac" playwright), EFREM Zimbalist, and Nora EPHRON, and even though I've heard of that last one, I somehow conflated her last name with the violinist's - and possible with the idea of anagrams and things that were similar - and entered EPHRam. I changed the A to an O when I got LOGO, but never did check on yet another name, the "Princess of Avalor, on a Disney show" (ELENA), and so ended up with a FWOE.

The puzzle has a bit of violence, with AVENGE, KNIFING, and FISTS, but it's also got some downright AFFABLE entries like the lovely SINUOUS (Curvy), the always amusing WHATTHE (Cry of disbelief), and those lovable weirdos, the AMISH. And who doesn't love an OTTER? (But do they become slightly less lovable when we are reminded that they are a "Member of the weasel family"?)

For me, the theme is cool enough to carry the day. RAH! I SAYTO you.