I've got to admit, I'm not sure what my GAMEPLAN should be for this review. The solving went along normally, and usually I enjoy a themeless puzzle, but nothing really lit up the experience for me today. 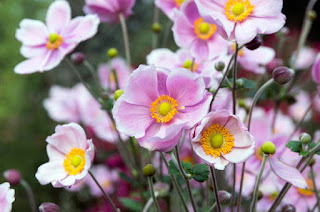 I'm strongly in favor of NETNEUTRALITY, but it's not the most exciting entry, and that clue - "Subject in the purview of the Federal Communications Commission" didn't really jazz it up much. And I approve of BEYONDMEAT trying to reduce America's obsessive consumption of flesh, but again, "Company that makes vegan alternatives to beef and sausage" is, shall we say, a bit straightforward.

I have never heard anyone actually say NOTAHOPE ("You wish!"), or YOUBETICAN (nor, for that matter, "Just watch me do it!"). I don't actually like getting SLAPS on the back or the face, I don't equate "Wails" with SOBS, and PETARD, ARGENT, TOECAP, EMSPACE, BASSI, and even ONESEATERS are all essentially garbage. ORANG (Ape whose name comes from Malay for "man") was helped by the etymological clue, and STALEMATES (No-win situations) was good, but it is the most boring game-ender of all. And what's with citing Ford for VAIL (Vacation locale for President Gerald Ford)? Even CHEGUEVARA (Subject of a classic black, white, and red poster) (Really? I mostly know his face from t-shirts.) is getting a little dated, isn't he? He died over fifty years ago.

I'm OPEN to other views on this one, but IDARESAY I didn't love it. I guess, to end on a higher note, I'll say that I did learn that America has a RICEBELT. So that's something.

Posted by Horace Fawley at 7:48 AM