Those who follow this blog ("we few, we happy few") will already know that today's byline made me smile before I looked at the first clue. It was a welcome sight, especially after the terrible front page news of Justice Ruth Bader Ginsburg's untimely death. I think the WISH of many was that she could overcome her health issues, but now we are left to hope that enough in power can say DONTBESOHASTY about confirming another justice before the RES Publica can get its act together. Sigh. What a year we're having.

But NEVERFEAR, Ms. Weintraub's puzzles can go a long way toward cheering us up, and today's challenging, but oh so satisfying Saturday is a fine example. 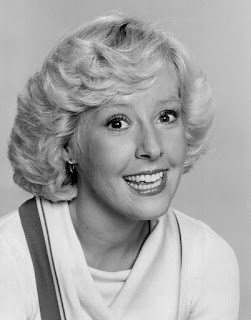 The first C/AP that made me laugh audibly was 5D: Staff you wouldn't want to employ? (TENFOOTPOLE). It took a lot of crosses, but that realization was hilarious. And right beside it, ORIONSBELT (Three-star picture?) was another great discovery. Farther down we find "Classic couples' retreat?" (ARK) Hah! "Wax off?" (WANE) is more clever than funny, but clever is also good, and will suffice.

"Thorny subject" (ROSE) is a good example of a non-QMC. A question mark there would have given it away immediately. "On one's way out, say" (HALFASLEEP) is another good one, although the ", say" is probably equivalent to at least half a question mark, right?

I had the O starting "Meany of fiction" and fell right into her "Ogre" trap, only later realizing it was a hidden capital for OWEN Meany. But one that didn't fool me was the central "Shot required for international travel" (PASSPORTPHOTO). For a second I wondered about medical things - because medical things are in the air, as it were - but this photographer has been over the Atlantic enough times to know that only head shots, not immunizations, are always required.

There are many more PERKS - the interesting etymology in PEPSI (Product whose name comes from the Greek for "digestion"), the cute "pocket/pouch" couplet - "Pocket that isn't full of rye?" (PITA) and "Contents of a certain pouch" (ROO), ... but to discuss them all I'd be here all day!

I hope you enjoyed it as much as I did, and that your Saturday will be a little brighter for it.

Posted by Horace Fawley at 9:32 AM