Hi, Horace here! Today's theme of misreading words by breaking them up into smaller words is not new, but it's still kind of fun. As usual, some are better than others. CASTANET (Do some trawling at sea?), for example, works pretty much perfectly, as do METAPHYSICIAN (Was introduced to the doctor?) and, to a slightly lesser extent, PROPAGATE (Support the pasture entrance?), but CARDAMOM (Check someone's parent to make sure she's of drinking age?) and PANASONIC (Criticize Sega's hedgehog design?) are both a bit of a stretch. Still, I always enjoy this kind of absurdist exercise. 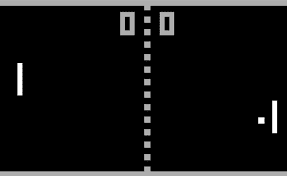 Aside from theme entries, there was plenty to like, especially in the longer Downs. ROADRAGE (Driver's furious fit), ATTIRE, ARABIC, ABUNDANT - lots of A words... - and the other TACIT (Not stated directly). It seems we've seen the "tacet" spelling more often lately, but maybe that's just me. They both come from tacēre, and are very similar. It's one of those crossword words that I've started to enter with one letter missing, like ALI_, and L_S. Luckily, today it was pretty obvious which one we needed.

I haven't thought about a CRAWDAD (Small, lobsterlike crustacean) in a long while, so that was nice. And in an opposite vein, EDDIES (swirling currents) were the subject of the short meditation recording I listened to this morning, so that was something I had thought about very recently. Fascinating, I know. (It's only six more days 'til Frannie's back. You can make it!)
How 'bout that fun clue for CAIRO? (Capital near the only one of the Seven Wonders of the Ancient World that's still largely intact). I know a fun way to end today's review, let's review them all!
Great Pyramid of Giza - 2584 BCE - still there
Hanging Gardens of Babylon - 600 BCE - gone sometime around 1 CE
Temple of Artemis at Ephesius - 550 BCE - destroyed by arson and plundering gone by 262 CE
Statue of Zeus at Olympia - 435 BCE - destroyed by fire 6th c. CE
Mausoleum at Halicarnasus - 351 BCE - destroyed by multiple earthquakes between 12th - 15th c. CE
Colossus of Rhodes - 280 BCE - destroyed by earthquake 226 BCE
Lighthouse of Alexandria - 280 BCE - destroyed by earthquake 1303 CE
- Horace
Posted by Horace Fawley at 11:53 AM