Like yesterday's puzzle, this one is tied to today's date - 9/9. Mr. Weisblat has found four uses for the number 99. I knew the last two, but did not know EINSTEINIUM's element number, and I was not aware that there are 99 NAMESOFALLAH. Couldn't that get a little complicated? 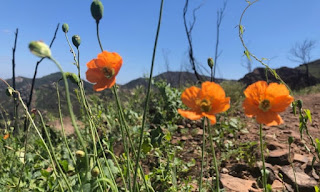 WAYNEGRETZKY was entered immediately. When The Great One retired in 1999, the waiting period was waived for his enshrinement in the Hall of Fame, and his number 99 was retired league-wide. That doesn't happen much.

And finally, Nena's LUFTBALLONS was indelibly etched into my musical memory back in my high school years, and it helped me to change SHove to SHUNT (Push aside). And speaking of errors, how many of you started out with CLIPpers before correcting to CLIPSOFF (Shears)? Or started to type in Glenn before realizing it was too short for "Former Ohio governor John" (KASICH). OK, well maybe that last one was just me. And before you write in, I know Glenn was a senator, but I see the word Ohio in a clue about a person and my mind shouts out "Glenn!" What am I going to do?

I like to think that the symmetrical COUNTMEIN and CRAZYIDEA are thematic material today. :)

Lots of interesting entries (FORTKNOX, KEFIR, Star ANISE, Baby YODA, and EMILIANO Zapata), and not much junk. I didn't know DFC (Distinguished Flying Cross), and NEB, LLCS, and AWS aren't great. On the other hand, I love the self-referential boldness of "Fill-in-THE-blank."

In the end, I like the idea enough to give this one a thumbs up. You?

Posted by Horace Fawley at 8:06 AM