Well, Dear Reader, I looked at Wikipedia for a while after finishing this, examining the dates of creation and first performance, but it seems like our little string of calendar-related puzzles has come to an end. The closest we can get is that BEETHOVEN's opus 86, the "Mass in C Major," was first performed on September 13, 1807. But this is not a Sunday puzzle, the grid does not actually contain any reference to that work, and 93rd anniversaries are not particularly celebration-worthy - three good reasons, I feel, for not waiting a few days to run it. 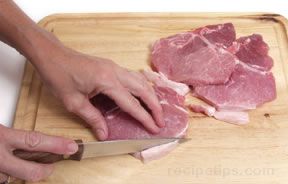 Anywho, what we do have is Beethoven's three "named" SYMPHONIC works hidden in circles within longer entries, bracketed symmetrically by the beginning notes of his fifth symphony - GGG[EFLAT] and FFFD. I guessed "E" for the end of that first run, and although I do remember thinking that something was odd about 4D, I never went back to investigate it further before filling in every other square, at which point the proper half-step was added. I suppose it was nice of them to give it to me, but I also think that E is not E-Flat, and that the Fifth would not be the Fifth without that extra half step down.

I thought SPANISHTUTORIAL was a bit ad hoc, but needs must, I suppose. PUERTORICAN and SCHOOLRALLY were fine.

In the fill, I appreciated the little thing - "It's next to nada" (UNO), "It's next to nothing" (ONE), and the thematic tie-in "64-Down, to 62-Across" (EIN). BUNKERHILL (Historic Boston locale) was fun for this near-Bostonian, but I never like being reminded of ERASERHEAD. Sheesh!

I do, on the other hand, like being reminded of SASHAYing around to various BISTROS, but I thought there might have been a bit too much SEEDERS, PASSER, UNPILE, SLUE, LAM, XED, and ILIA for this to be the kind of truly outstanding tribute puzzle that the great composer deserves.