Wow. I loved this one.

I just said last week that the title on Sunday explains the theme, in a certain way. Today, I looked at the title, and I saw lots of four-circle stacks in the grid, and I thought to myself, "Oh great, a simple word ladder in such a big puzzle... well, at least maybe the fill will be interesting." 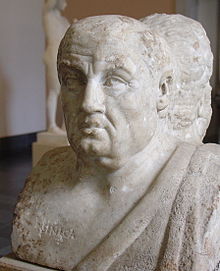 Oh me of little faith! Instead of a simple "word ladder" progression from RISE to FALL in five steps, which - I should add - is nicely done, Mr. Trabucco has added a little something extra. Each word in the word ladder acts as a ladder going both up and down!

I had a feeling something fishy was happening fairly early on, when 18A: "Reason for people to hide" started looking really bad. Likewise with 28A: "Doctor's hand covering." I actually thought for a while that it would end up being some medical thing I've never heard of, but that seemed pretty unlikely for a Sunday puzzle. Finally, by the time I got down to 96A: Center of a cobbler (FRUITFILLING) and 114A: Appeasing (MOLLIFYING), I finally used the ladder and got to the next level. Phew! What a great Sunday trick! Sure, you end up with things like "SURPRABLE" and "STERON" in the grid, but everything makes sense if you follow the rules, so I don't really count those as non-words. Well, they sure look like them, but you know what I mean.

Thanks to the trick, the puzzle played hard, but it wasn't just the theme - GOOGLES (Uses a modern engine) took me forever, and I haven't thought about LESTOIL (Clorox cleaner) for a long while. "Difference between dark and light, in a way" (TANLINE) was another very tricky clue! And what about "*, *** and ****, say" (MIXEDREVIEWS)! It kind of felt like a tournament puzzle, which was nice, since I missed all the tournaments this year. The ACPT was cancelled, of course, but Boswords actually ran as an online event - but I only learned that a couple days after it happened. Sigh.

But let's focus back on this puzzle. There are ten quadruple-checked squares here, which is outrageous, and for my money, the fill isn't strained all that much. Sure, you get an IUM here, and an EDA there, but honestly, I've seen worse in far less ambitious grids. This, in my opinion, is one of the best puzzles of the year. Bravo, Mr. Trabucco, you have entered my pantheon. Thank you for making such a fun puzzle!