No need for a WHITEKNIGHT to solve today's puzzle. The clues were solid and generally straightforward. The duplicative doubling in each of the four theme answers may have helped some solvers once the BRIGHTLIGHT went off and they recognized the pattern.

I was KEEN on a lot of the long down answers including MARDIGRAS (fun!), the humorous IMNOTHERE as a "Paradoxical response to a door knock," BUBBLETEA, (although I've never tried it), and OPERATORS (Ones "standing by" in an infomercial). The latter makes me think of the late great Steve Goodman's song "Vegematic." 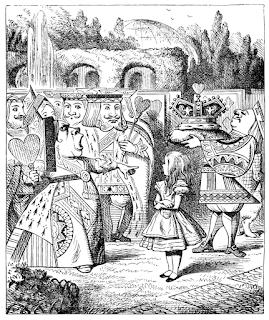 A couple of clues didn't seem QUITERIGHT to this solver. "Shoot out" seemed a bit over the top for EMIT and "Ingratiates" seemed to have a more negative slant than ENDEARS, but I am perhaps putting too fine a point on it. It's certainly not worth a FIGHTNIGHT.