Well, what do you think? Is EMOTIONS OVERLOAD part of the theme? A revealer of sorts? It certainly goes well with STORMCLOUD (Anger, in the comics) and SWEATDROPS (Nervousness, in the comics), but not so well with WAVYLINES (Odor, in the comics) and LIGHTBULB (Idea, in the comics). I guess probably not then, but I kind of wish it were. Maybe it works if you add in PEEVISH, STOLID, and EGRET! Of course, those don't really work with the whole "in the comics" thing. (I'm digging myself a hole here ... SOS!) 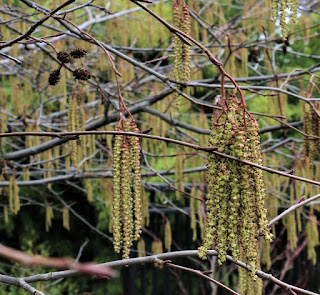 In any event, I like the theme, the comical theme, the pinwheel theme. Very visual. (Or is it only expressive?) I also like seeing SOANDSO (No-goodnik) running right down the middle. Both parts of that C/AP are excellent.

There's lots of fun fill today - MARACA (Percussion instrument made from a gourd), LEGUMES, CACTUS, SNIPE, and CIVIC, to name several. Frannie and I have owned more than one CIVIC (more than two, even), and we wanted to buy another one recently when our old hybrid came to the end of its road, as it were, but Honda made it into a young boy's car instead of a sensible person's car. The styling looks aggressive and they got rid of the hybrid-with-a-clutch model, so we were driven elsewhere. ERR! (More emotion!)

And on another personal note, I once had my BASAL metabolic rate tested. I had to lie down in sort of a plastic bubble for a long while while they captured all my breath, or whatever. But did that help me to enter it right away? No. No it didn't. I needed pretty much every cross for that one. On the bright side, they said mine was slightly higher than normal, so that was nice. Whether or not that's actually a good thing, I have no idea, but I was happy because I thought it meant I could eat more.

And speaking of EMOTIONS (I just won't let it rest, will I), I enjoyed this Monday offering quite a bit. The BAR has been set fairly high. I FORESEE a good week ahead!

Posted by Horace Fawley at 8:36 PM