Today we have more evidence that the minds of crossword constructors are not like the minds of most people. Mr. Chen has found eight (eight!) entries whose letters are in reverse-alphabetical order. Or, as he puts it, they are BACKORDERED. 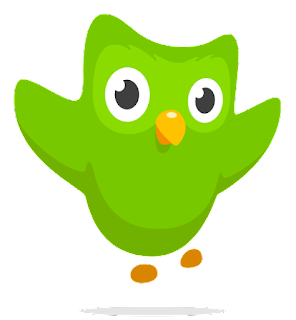 As I believe I already mentioned, Mr. Chen has crammed eight (eight!) theme answers into the grid plus a revealer. And many, many other entries run right through at least two of these theme entries. A dense theme like this, as Mr. Chen, an excellent puzzle-reviewer himself, well knows, can often leave a grid BEFOULED by less-than-ideal fill. I wasn't exactly APPALLED, but LOOMPA (Start for "land" in "Charlie and the Chocolate Factory") isn't especially lovely, BYO (Letters on a party invitation) seems like a partial of an abbreviation, and Joe SATRIANI isn't especially well-known to those who don't follow session musicians. I'm sure many people know of him, but I would bet that as many do, more don't. But I suppose that's true of many things ... maybe I should stop trying to point out bad things.

It's interesting to me that five of the eight (eight!) theme entries are made-up words. YUPPIE (new-ish acronym-type-thing), SPLIFF (West Indian, etymology uncertain, maybe made-up?), TROLLED (not exactly made up, but the verbing of troll seems recent), WOOKIEE (Lucas), and ROOMBA (some marketing genius). And the other three are all either two words or hyphenated - does this make them even more impressive? Let's say it does. Overall, IMAFAN of the theme, simply because it's so odd.

But I guess it's mostly theme. Theme and fill. There you go, there's your review. "Well, what witty insights do you have to offer us about this puzzle, Horace?" "Thanks [Interviewer], I'd just like to say that it's got both theme material and fill." "Incredible. How do you do it day after day, week after week?" "Well, [Interviewer], I guess I'd just have to say it's a natural talent. A gift, if you will..."

I'm sorry, where was I? I think I was in the middle of a SIESTA having a pleasant dream.

OK, I'll stop now. GOTTA get to a Zoom meeting. See you tomorrow! :)

Posted by Horace Fawley at 1:20 PM