An apt puzzle for Halloween, full of tricks and treats! Unfortunately, for this solver, more of the former than the latter. Due to a complete kerflummoxing in the southeast, I couldn't finish the puzzle today - not and still have time to write the review and celebrate Halloween. After the timer hit one hour, I decided to call it and look at the solution. I do not like to give up on a puzzle, and if it hadn't been for the review, I wouldn't have done it, but I was getting nowhere fast.

After I saw the answers, I wasn't too surprised that I had been stumped by some of them. Some were beyond my ken, and in some cases, I shot myself in the foot. For example, I misread the clue "Hyper-" as if it were followed by a blank (Hyper-____), not as a synonym for the prefix 'hyper-" (ULTRA). Derp. Also, I needed a complete REDO: I could not get past "copy" for "Edit menu option." I also had "race' instead of SCUD (a much more interesting word!) and 'ace' where PRO ("Crackerjack") belonged. You can see why I was doomed! Coming up with CAERPHILLY with all those errors was, I'm afraid, impossible - although oddly, at one point I did try 'philadelphia.' In the treat category in that corner was DISPOSSESS for "Strip of ownership." I couldn't think of the intended meaning of 'Strip,' but once I saw the answer, I thought it was a very good clue. 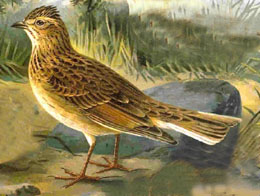 The northeast section also took me a long time. The only clue in that section I had any confidence in was SCARAB. When I finally got RADISHES for "Sources of crunch for a salad", the S and the R of those two answers make it possible for me to think of SCAR (Disney villain based on King Claudius) across the top, which finally, finally gave me CARAPACE. Another treat!

The easiest section for me was the northwest. I enjoyed "Like hen's teeth" (SCARCE) and ACCENTAIGU ("´, in French," despite the difficult-to-make out accent mark in the clue). I also liked the C/APs, "Hiss at a Congressional hearing." (ALGER) and "It's a thing in Mexico" (COSA). I thought ECHOER was a little weak ("Parrot, in a way") and not an answer I'd repeat. :)

Getting EGOTRIP at 9D (Activity of self-interest) and CASTER in the small connector section between the northwest and north east sections, gave me PA_ for the fun "puzzle" clue at 31A: "Product that becomes an item to which it's applied after shifting the last letter one spot down in the alphabet." Once there was only one letter left to guess, I was able to figure it out (PAM [pan]). Next easiest for me was the southwest, probably thanks to MATTRESS and LAWNSALE both of which I got immediately from the clues.

AEROSOL for "Form of graffiti" seemed like a bit of a dirty trick to this solver. I also thought STUN for "Wow, just wow," was a rotten egg, but it *is* a Saturday puzzle, and one must take ones lumps. Another problem for me was the limited amount of material connecting the sections. It was almost as if there were four separate puzzles. Thought of that way, I got a 75%, or a CEE rather than an F - but still something of an ICEBATH. I'm disappointed, but of course, part of the point of solving the puzzle and writing the review is that it gives us pumpkin fun to talk about.

Creep it real, dear Readers, and enjoy the Kandy KORN.