It's not Sunday, but I found today's NYT crossword puzzle to be a little like "Men in their 40's," TRICKY COMPLICATEDAND disappointing. That last bit is an addition of my own, caused by the FWOE. Most of the puzzle went very smoothly, but I got into stuck in a right FOGBOW in the northwest corner. There was so much I didn't know, including the quote itself - which I was not expecting to start with two adjectives in a row, that's for sure! I also didn't know REMORA, KVELLED, or YETIS, although the last is quite amusing. But it was 4D: "N.Y.S.E. listing: Abbr." that hit me where it HURT. I couldn't figure out what the clue was going for. I guessed COmP (instead of CORP) and ended up with IMAmET at 18A. The latter didn't seem totally impossible, although upon reflection, I was probably confusing it with the word for lodgings for Mosque leaders. :)

So, yes, to get back to theme, which isn't so much a theme as the second half of a quote attributed to a character named Carrie Bradshaw in the show "Sex and the City." I mention this in case, you, like me, dear reader, somehow missed that boat. Here's the quote in full: "Men in their 40s are like the New York Times Sunday crossword puzzle TRICKY COMPLICATEDAND YOURENEVER REALLYSURE YOUGOTHERIGHTANSWER." I can't say I really 'get' the quote, but maybe the ANSWER part makes more sense in the context of the show. 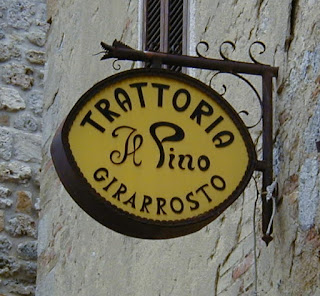 I very much enjoyed the rest of the puzzle. Several snappy C/AP's jumped out at me even as I solved including "Smart, in a way" (HURT), "Sicken with sweetness (CLOY), "A barb might cause it to deflate" (EGO), "Senate rebuke" (ETTU), "Careful effort" (PAINS), "Go (for)" (RETAIL), and my favorite, "Lyon king" (ROI) - ha! And who doesn't love the word FLOUT?

In short tricky, complicated and fun!