Greetings, Dear Reader, it's Horace here, back for another week at the reins after two fine weeks of reviews from Colum and Frannie. Two weeks of fine reviews. Reviews of two fine weeks. Fine weeks by two reviewers. Any way you put it, it sounds good to me. 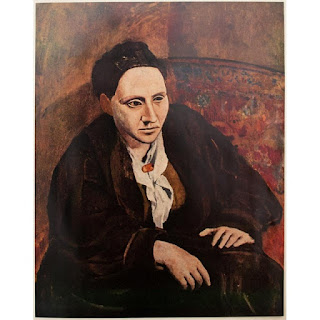 There's a left-right symmetry today, and I'm wondering if anyone else noticed a central French theme? Along with the two authors mentioned above, we have yet a third in "Voltaire's sweet novel?" (CANDIED) (Candide), and then we've got ORLY (Alternative to de Gaulle) (Paris airports), NUIT (Debussy's "____ d'Étoiles"), and NOM (Follower of "Je m'appelle") (literally, "I call myself" [name]"). And F. Scott Fitzgerald was living in Paris when he began The Great Gatsby, so even TENDERISTHEKNIGHT kind of fits into this symmetrical, mini-France theme too ... I doubt all that was intentional. Still, I seem to be fond of thinking up such nonsense, and if I learned anything from Colum's week of posts, I learned to OWNIT, so there it is.

Posted by Horace Fawley at 8:23 AM