My guess is that today's "stunt," if indeed there is one, has to do with the Scrabble point value of the grid as a whole. It's not a pangram, but there are a lot of big point letters. Aside from that, I got nothin'. 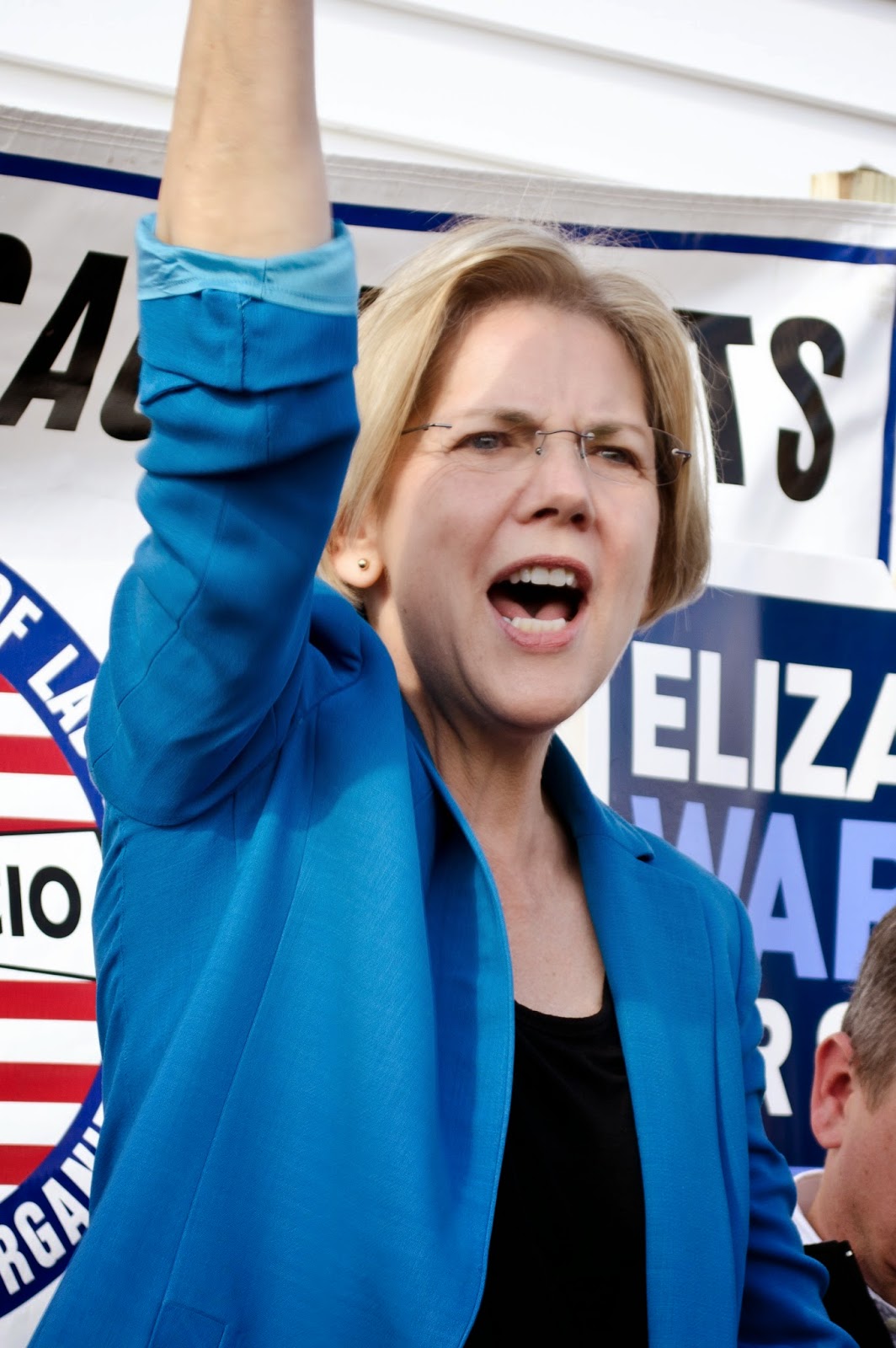 I was very happy to see our senator, ELIZABETHWARREN (11D: Senator who wrote "A Fighting Chance," 2014) in the grid. I'm guessing this is the first time her full name has appeared in the NYTX. And she was just one of six fifteens slicing through this puzzle, all of them, I thought, very good. HOSTESSTWINKIE (5D: Longtime food product with a mascot in a cowboy hat) (Twinkie the Kid!) made me smile, but the first one I got was MISTERPRESIDENT (9D: Cry at a White House press conference), which really opened things up for me, after having gotten started with crosswordese like ILIE, NTHS, STRO, and OLE.

There was a lot good in this one, but some really tough stuff, too. I didn't know, for instance, that the Sioux were divided into different groups, or that "46D: Sitting Bull, e.g." was in the TETON division. Also a semi-wild guess for me was SAINT BEDE (early adopter of the A.D. dating method). And I think I probably ought to have known BARI (51D: Port of Italy), but I didn't. I've never been down by the heel.

Overall, I liked this one. A fun Friday.