I quickly realized that today would not be a day that I try for a record time. The NW and NE sections of threes went easily enough, and I actually kind of liked the irreverence of 16A: Icky ____ (awful, in baby talk) (POO) (it's so bad it's good), but that thick central section slowed me right down. After trying "money" for DEEDS (4D: Monopoly pile) and "DOnate" for DOGOOD (4A: Contribute to society), I was off to a slow start. But really, that's refreshing on a Tuesday. I used to advocate more often for an increase in difficulty in the early week puzzles, and this seems just about perfect for a Tuesday. At least for me.

In addition to the added difficulty, I really enjoyed some of the unusual cluing and fill in this one. NOOGIE (44D: Painful bit of horseplay) is something you don't see very often in a puzzle, and with BOOBOOS (2D: Owies) and the aforementioned POO, makes a trifecta of childish fill. Then there's stuff like CABOOSES (3D: Ones back on track?) with its excellent clue, the Monopoly "deep cut" POORTAX (41D: Chance card in Monopoly with a $15 fee), and the Simpsons' twofer (sort of) of BART (27A: Cartoon character voiced by Nancy Cartwright) and SETLOOSE (37D: Release, as the hounds). 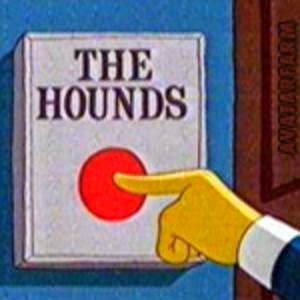 And we haven't even gotten to the theme yet! Fourteen SQUAREROOTS are scattered around the grid. I realized what was going on somewhere midway through my solve, but as often happens with an early-week theme, it didn't really come into play at all. It's kind of cool.

There was a potentially difficult spot at the crossing of ROHE (54A: Architect Ludwig Mies van der ____), PERES (50D: Israel's Shimon), and STROPHE (61A: Poetic stanza), but the spot that got me was the crossing of SAGETEA (22A: Healthful herbal beverage) and PEG (15D: Good name for a baseball pitcher?). I guess I've seen that SAGETEA before (in puzzles, I mean, never at a coffee shop or tea house), but I couldn't come up with PEG. It just doesn't make sense to me.